Do not miss the opportunity

Let us find the one that means home to you.

Do your Homework before you leap!!

Helping Delhi Find Where To Live!!

If you are willing to invest in one of the zones under DDA's ambitious Land Pooling Policy then it will be wise to know more about the policy first before making any move. 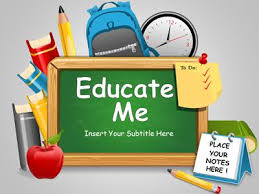 We will help you know all about the policy and will keep updating you about all the new happenings from time to time. 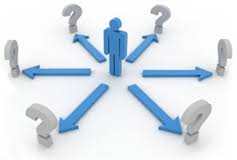 Society or Builder? P2 Zone or L zone? .. with so many options lingering around, it may get confusing to choose one. We could help!!

Taking the right step will solve half the problem and we are sure you would already know this. Let us help you sail through!! 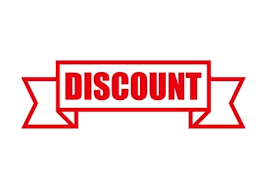 Who does not love discounts.. Allow us to help you get the best deal..

After approving the land pooling policy in September, last year, DDA is set to launch an online portal for operationalisation and implementation of the policy on 5th of Feb.

Also, a nodal officer has been appointed by DDA for it to coordinate with all service providing agencies, such as, DJB, PWD delhi, Transco etc.

Per officials, ‘integrated sector-based planning approach’ will be followed. A sector of 250 to 300 hectares of land will be eligible to be developed. A minimum of 70% contiguous land within a sector will need to be assembled to participate.

Keeping in line with the goal of ‘ease of doing business’, a single-window system is being created. This will be done to help with the implementation of the policy in DDA. All processes of receiving applications, verifications, grant of approvals and licences, etc., will be completed in a time-bound manner.

A two-stage grievance redressal mechanism has been set within DDA for transparent and people-friendly operationalization and implementation of the policy.

Under the policy, the FAR has been reduced to 200 as opposed to initially proposed FAR of 400.

Officials had maintained that reduction in FAR was done keeping in mind the availability of resources and services required for the development of a particular piece of land. The urban body will act as a “facilitator and planner” under the policy. The transfer of land to the DDA, which was proposed earlier, is no longer required.

DDA Vice-Chairman Tarun Kapoor had told The Hindu earlier this month, “The online portal for the land pooling policy is almost ready and trial runs are on currently.”

Also, DDA has initiated formation of an expert panel. Per reports, the panel formation should have completed by now. It will be comprised of town planners, planning and engineering experts etc. This panel will be responsible for drafting a detailed road-map for the policy. Firstly, zonal plans will be created which will be marked with details on land ear-marked for residential development, community halls, park, and parking and on sewerage and water pipe connectivity. The policy will then be carried forward per these details.

Courtesy: Navbharat Times, The Hindu, and other news sources.

Land Pooling Policy, which covers the greenfield areas in five zones viz., J, K-1, L, N and P-II coming under the Master Plan of Delhi-2021, has finally been approved by the DDA.

BJP MLA Vijender Gupta confirmed that DDA’s land pooling policy has finally been approved. It was cleared at the Authority’s board meeting chaired by the LG, Anil Baijal on Friday.

The policy will now go to the UD Ministry and is likely to be notified within two to three weeks.

A little background on Land Pooling:

The work on this ambitious policy, after being stuck for a long time because of various reasons, was resumed after the pending issue of the notification of the 89 villages under the DMC Act of 1957 and declaration of 95 villages as development area of the DDA under Section 12 of Delhi Development Act of 1957, were resolved in May 2017.

Later, in October 2017, Land pooling Policy was simplified for speedy execution. DDA’s role was limited to that of a facilitator and planner as against the role initially envisaged for it. These changes were accepted later, in December, in a meeting chaired by LG on 21st.

Originally, land pooled under the policy was to be transferred to DDA. It was then supposed to undertake further sectoral planning and development of infrastructure in the pooled land. At the December meeting, it had decided to do away with this requirement. It said that land title will continue to be with the original landowners. This was to help landowners with one-side stamp duty, their concern regarding transparency and for the speedy execution of the policy.

For the implementation of the land pooling policy, public notices were published in newspapers in January. Objections, suggestions and observations or views were invited within a period of 45 days from the general public.

In all, 734 objections, suggestions and observations or views were received. A public hearing was done on modifications to the Chapter-19 of Policy and to the regulations for operationalization of Policy. A 3-day public hearing session on the proposed modifications was concluded by the board of enquiry in July 2018.

This report prepared by the board of inquiry was discussed and approved at the authority’s board meeting that was chaired by lieutenant governor Anil Baijal on Friday.